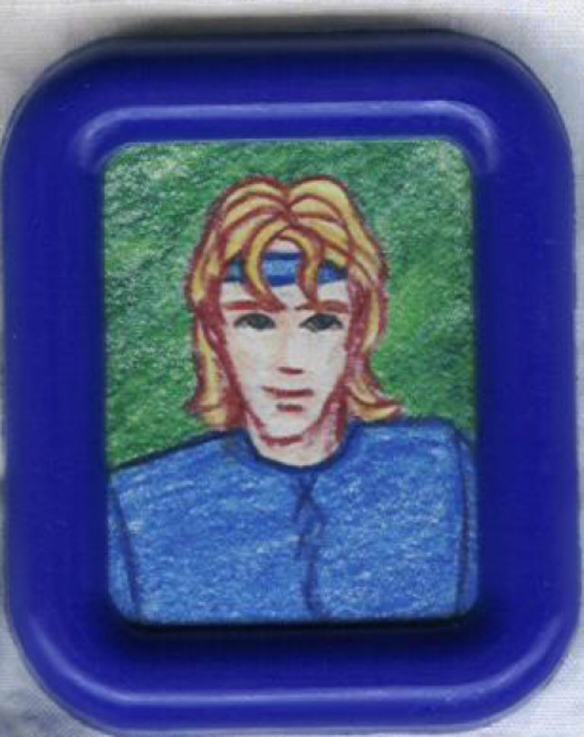 An extremely early sketch of my character Marvin.

When I started writing my first fantasy novel, one of my goals was to create a non-boring hero. Villains are pretty easy to make interesting – they break the rules and they go after whatever they want, usually in exotic and creative ways. But how to make a hero character, a character that by definition follows rules, at least as interesting as the villains?

My initial attempts were not successful. Marvin, my eighteen-year-old would-be swordsman/failed mage apprentice, had about as much personality as a coffee table. I was seriously tempted to write him out of the story. But, after much work and many more failed attempts, I finally realized the mistakes I’d been making.

My first epiphany was that this was Marvin’s story after all. In the initial attempts, Marvin had been a bystander with no vested interest in the outcome. The inciting incident was the theft of an artifact from a random stranger. Marvin wanted to see justice done (he’s a hero, after all), but success or failure didn’t truly affect him. My solution was to make him the artifact’s guardian, so when the thief stole the artifact from him, he couldn’t help but become involved. He had to act. Active characters are much more interesting than passive characters.

All was going well until I realized I still had not rescued Marvin’s personality from the realms of fine furniture. Something else was wrong. My second epiphany was that I was diluting his reactions. I’d included the character of his cousin, an older woman much respected by Marvin, so whenever the two of them were in the same scene, he would defer to her. Both of them have much the same viewpoint on life, therefore whenever a reaction was called for, she stole Marvin’s lines. My solution was to write her out of the story. She didn’t truly belong in this story anyway, and is a much better fit for one of the later stories. Having two characters serve the same story function dilutes the reactions of both characters. By taking her out of the story, Marvin was forced to speak for himself.

With those changes, Marvin’s character finally lost its wooden quality and came to life. The theft of something he’d sworn to protect leads him into an adventure where he must question his place in the world and his own definitions of right and wrong. Given the response from my writing group, he’s now a character worth reading about.

So if you’ve got characters in your story with wooden personalities who need to be rescued from their own version of coffeetableness, consider whether your characters are passive or active, and whether too many characters are serving the same story function.

2 thoughts on “Marvin the Coffee Table”